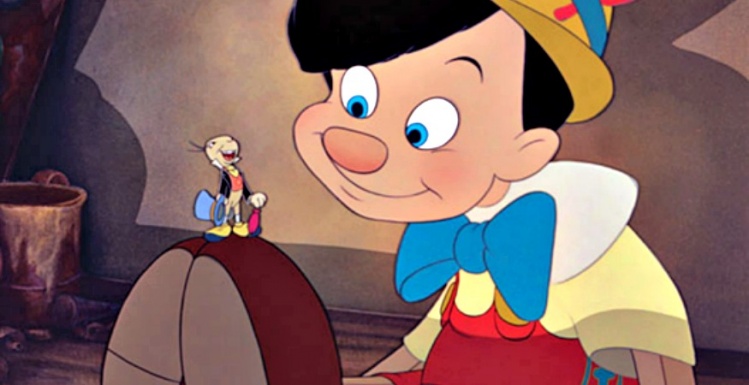 According to our own Catechism of the Catholic Church (CCC), conscience is not something that allows us to justify doing whatever we want, nor is it a mere “feeling” about what we should or should not do. Rather, conscience is the voice of God resounding in the human heart, revealing the truth to us and calling us to do what is good while shunning what is evil. Conscience is a judgment of practical reason that helps us to recognize and seek what is good, and to reject what is evil (CCC no. 1778, 1796). Conscience does not simply “come to us.” Throughout our lives, we have to spend time forming our consciences so that we can make well-reasoned judgments about particular situations.

Conscience is a complex subject which requires some time and study to fully grasp. To that end, I recommend a few resources:

First, this brilliant and nuanced teaching on our Catholic understanding of the Primacy of Conscience from Fr. Mark Miller, CSSR given at one of our Archdiocese of Detroit conferences a few years back that can be found at this link: CLICK HERE. Miller is a brilliant moral theologian and this is one of the best teachings I’ve ever heard on the issues of abortion, IVF and homosexuality. Note: About a minute in, the quality of the video improves, and then again at minute 9 (where the real MEAT of this teaching begins) the video improves even more. Long, but totally worth it. Great for your commute to work/school.

Next, Pope Francis’ apostolic exhortation Amoris Laetitia (The Joy of Love) is an extraordinarily beautiful and helpful guide in our pursuit of understanding the role of conscience. Lastly, Darlene Fozard Weaver’s piece entitled Conscience: Rightly Formed & Otherwise, which I will synthesize and paraphrase a bit below.

But before we go there, my former colleague, Sr. Mary Ann Dixon, O.P. wrote an insightful piece on Conscience Formation that, with her permission, I’ve edited and adapted here:

“We all hold opinions on a number of issues. Some of these opinions are well informed and some are made with little conscious effort. In most cases, our experiences lead to values, which help us form opinions. But how do we navigate our moral stance without reducing it to an opinion?  How do we keep an authentic moral compass?

Morality is a concrete response to the things we believe, and our Church has, of course, over the centuries, made many statements about morality. Some subjects we have taught as sinful include: contraception, abortion, the death penalty, nuclear war, homosexual activity, domestic violence, war of aggression, and economic exploitation…among others.

Also, it should be noted that as Catholics, we can’t just select some teachings to follow and dismiss others simply because “we don’t agree.” Rather, we are called to the arduous process of forming our conscience. This process, in itself, IS the teaching of our Church. Once we have done this work, we are obligated to follow the conclusion of our informed conscience whether it agrees with Church teaching or not (CCC Article 6: 1790, 1800). We violate this teaching by blindly obeying Church law OR by totally ignoring Church teaching if either is done without any sincere discernment.

We may have learned that we form conscience by following the law of the Church, but if that were the complete truth there would be no room or need for discernment. Rather, we are called to seriously attend to church teaching and place ourselves “under the influence” of Church law. We must know the law, the value implicit in the law and, if possible, the situation out of which the teaching was articulated.  For example, prohibition of artificial contraception was articulated in 1930 in the aftermath of Margaret Sanger’s establishment of Birth Control Clinics in 1923 and the World Population Conference in 1926. At that time Pius IX said, “the conjugal act is destined primarily by nature for the begetting of children, and that those who frustrate its natural power…are branded with the guilt of grave sin.” (Casti Cannubi) The Church’s teaching on artificial contraception was reiterated by Paul VI in Humanae Vitae, although in this document a concession was made to the reality that conjugal love had a parallel purpose: it also nurtured the love relationship between husband and wife. So, we, as Church, grew in our recognition that sex is not only for the purpose of procreation, but also has unitive properties for married couples.

2.  Wisdom of the Community

Church law is not enough, however. The Church also calls us to consult other sources of expertise in the area about which we are making a decision; maybe a doctor or counselor, a spiritual director or an expert on the subject. For example, in war, we should know the Church’s teaching on just war and the context in which that teaching was written. Then we must ask, “Do these criteria still apply given the development of weapons since that teaching was articulated?” What has history taught us about the causes and effects of war?

Besides consulting Church law and current experts on an issue, we are asked to look at our life situation, its demands, its limitations and its realities. What has been my experience? What do I know from the realities in my life?

Our sacred texts often do not address specific moral questions – for example nuclear weapons did not exist in the first century, so we can’t expect to find any specific direction on that topic. We can always find “one liners” in the Bible to make our case, but that would be a misuse of Scripture. Truly, the Bible can be used to justify virtually any behavior if taken out of context; divorced from its original language and meaning. With Scripture, it is important to be attentive to an overall spirit that captures a value rather than to try to find the right quote or verse and a solid inquiry may necessitate consulting a theologian or scholar. We also have to be faithful to our Church’s teaching about Scripture – that we study and interpret it rather than accept a literal reading of the Scripture.

5. Finally, along with the study, searching and reflection, we must pray. We must humbly present ourselves before a loving God and pray for direction – not the direction that someone else tells us, but the direction from within ourselves. We stand before God saying, “Being as honest and thorough as I could be, this is what I think my decision must be.” Then we are obligated to follow our conscience.  At this point, no one has a right to say our decision is morally wrong.

Can we make mistakes? Yes. Can we fool ourselves? Yes. But if we have put effort into our discernment, we have integrity as an ally.  We stand before God having followed an authentic process of discernment. This is what our Church asks of us.”

According to one of our most authoritative documents from Vatican II, Gaudium et spes, “Conscience is the most secret core and sanctuary of a person – where one is alone with God, whose voice echoes in one’s depths.” Deep within our conscience, we have something that moves us towards what is right and just; the echo of God ever calling us to love, to do what is good, and to avoid evil. When we are in the thick of it and have to make a decision, it is our conscience that is operative and tells us to do this, and shun that.

So conscience does not create right and wrong (relativism) – it discerns and recognizes an objective moral law AND yet also is the “secret sanctuary – the innermost and inviolable part of us that ensures our dignity as a free and responsible agent; therefore coercing the conscience of another or acting against one’s own conscience (even if it goes against church teaching) violates the person. Love is impossible without freedom.

Since there are so many types of issues that fall across the moral spectrum, a conscience that dissents from church teaching on a particular question is not necessarily wrong. We need to recognize that Catholic moral teachings are not equally settled, specific, or authoritative, and teachings often change and grow. It’s not that truth is relative, it’s just that we don’t know all of it quite yet.

To form conscience well, we first need to desire the true and the good – while avoiding both moral subjectivism and a blind objectivism that cheats conscience of its dignity. This formation is a lifelong process involving the total person—one’s reason, emotions, embodied and social experience, imagination, and intuition.

Second, conscience formation requires that we promote the goods of kindness and mutuality – giving our children a vision of the world where others matter, and where our own happiness and well-being are tied to theirs.

Matt Malone, SJ wrote this great little opinion piece for America magazine, in which he said “I can virtually guarantee that if you attend Mass on Sunday morning in any parish in the United States, you will find yourself sitting in a pew near someone who disagrees with you about what the public policy should be on abortion, or same-sex marriage, or the death penalty. While the teaching of the church on the moral dimensions of these issues is consistent, there is today, as there has always been, a spirited debate about HOW to APPLY those moral principles in the public realm, one that is democratic, diverse and nonsectarian. Catholics are free to disagree with one another in good conscience, if not about the moral principles at stake, then certainly about the prudential application of those principles in the public square. Our fundamental identity and unity as Catholic Christians does not reside in our allegiance to a set of ideas, much less to some political manifesto. Our unity resides in the person of Jesus Christ. For us, truth is ultimately a person – a “someone” we encounter rather than a “something” with which we beat each other over the head.”

St. Paul says “Let love be genuine; hate what is evil; cling to what is good. Be devoted to one another in love. Outdo one another in showing honor. Never be lacking in zeal, but be aglow with the Spirit, serve the Lord. Rejoice in your hope, be patient in affliction, be constant in prayer. Contribute to the needs of all God’s people. Practice hospitality. Bless those who persecute you; bless and do not curse. Rejoice with those who rejoice; mourn with those who mourn. Live in harmony with one another…Do what is noble in the sight of all. If possible, so far as it depends on you, live at peace with everyone.”

This is our Catholic “practice.” These sacred hopes are what bind us as the Body of Christ.

One thought on “CONSCIENCE”