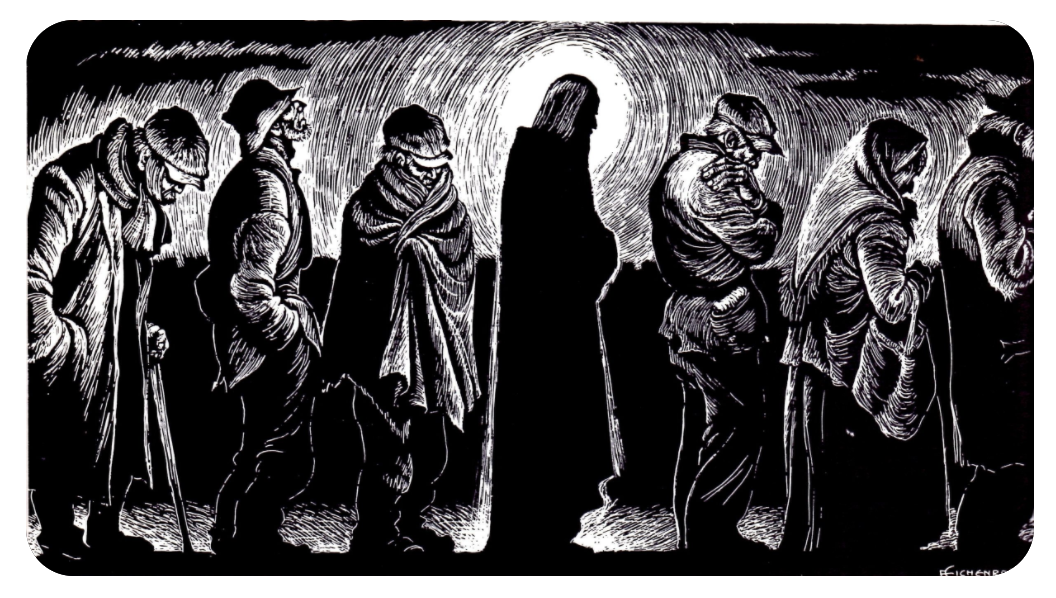 If you would rather listen than read, just below is an audio recording, or a video is a little further below:

Our Gospel reading from this past weekend (Mark 10:2-16) says that Jesus was “indignant.” I always thought that one became indignant when insulted, like when someone wounds your pride, but I was mistaken. I looked it up, in English and the original Greek (aganaktesis), and indignance here in this verse means “a sense of irritation and grief at what someone else has done— particularly if it is unjust.” Or a stronger version says it means “having anger, disgust or contempt triggered by something felt to be unfair, cruel or wrong.”

What a strong emotion – contempt. One we don’t often hear attributed to Jesus. We like to tame Him; make Him always soft, gentle and welcoming, but yet, our Gospel says here “Jesus was indignant.”

Now, anger and disgust aren’t generally emotions we wake up with in the morning, right? And it seems like it was a slow-burn for Jesus this day too, frustration upon frustration before he arrives at this intense emotion. And what sets the whole ball rolling are the Pharisees who were “testing him,” by quizzing him on the law.

They ask, “Is it legal for a man to divorce his wife?” and Jesus, knowing their hard hearts says, in effect, “You’re asking the wrong question. You know what Moses taught. You know it’s legal for a man to simply write on a piece of paper the words ‘I release and divorce my wife this day,’ present it to her, without any warning or cause, and with this action, send her life into instant and total devastation.” All the first-century people listening knew that there was no way for a woman to make it independently in their world. They knew that this writ of divorce was legal under the Mosaic law, but also that it doomed a woman to a life of complete alienation and life-long poverty.

Jesus points out that it was never God’s design that a husband deliver this sentence of unthinkable suffering to the person who he vowed to love and care for; to whom he declared publicly “I am my beloved’s and my beloved is mine.”

And the Pharisees are asking “Is this legal?”

And Jesus began to grow indignant.

He knew they were asking the wrong question, as WE often do. He knew that God created us for so much more, that the Kingdom of God demanded a much higher bar, and that instead of asking “What does the law prescribe?” we need to be asking ourselves “What is LOVE calling me to do now?” [1]

True and mature morality is rooted in this higher law of love; it does no violence, protects the dignity of each and every person and cares for the least and the most vulnerable among us. In this story, now over 2000 years old, Jesus is trying to protect the preserve the dignity of one such group, namely women – but yet…

Does this make US indignant?

In the teachings and life of Jesus we hear loud and clear that people matter. The way we treat one another matters to God. Right relationships are the building blocks of God’s kingdom. Laws are established to protect us, to help us to be more kind and just to one another. But sadly, the rules we make, even and sometimes especially when they are about God, can sometimes get in the way of our actually serving God.[3]

There is a reason why Jesus and St. Paul are always critical of the law, and breaking it pretty much on the regular, because they were both aware of its purpose and limitations. St. Paul, once a Pharisee himself, often wonders “How could such perfect religious observance create such hateful and violent people like me?” He writes to the community in Philippi, with a hint of bewilderment “as far as the Law can make you perfect, I was faultless” and yet it led me to “breathe threats of slaughter” to members of the early church.[4]

Paul was deeply, personally aware of the danger of slavish adherence to the letter of the law.

As the famous Dalai Lama quote goes, “Learn the rules very well, so you will know how to break them effectively.” and people like Nelson Mandela, St. Paul, Gandhi, Rosa Parks, and Jesus himself, affirmed the truth and beauty of this rule-breaking practice with their lives.

As Fr. Greg Boyle says “Jesus was not a man for others. He was one with others….and there is a world of difference in that…The strategy of Jesus is not centered in taking the right stand on issues, but rather in standing in the right place—with the outcast and those on the margins…Jesus didn’t fight for the rights of those whose dignity had been denied – he stood with them, he befriended the poor and the powerless and the voiceless… He stood in solidarity with the easily despised and the readily left out.”[5]

That is why Jesus, at the end of this long frustrating day, embraced and blessed the children, and held them up as models for us because he knew that God’s kingdom can only be received the way a child receives. The child symbolizes those who lack any accomplishments or status, dependent on others for everything, they are the picture of powerlessness – and He says “Be like this. Receive like this. The kingdom belongs to little ones such as these.”

Jesus is telling us there is absolutely nothing we can do, no law we can keep OR break, to win or lose God’s acceptance. The way that God designed us, our original blueprint if you will, was to simply absorb this lavish love of God – like a flower absorbs sun and water – and grow into a new creation that gives love as freely as God gives it to us – it is in and through our concrete acts of love and mercy to one another that we truly fulfill and keep God’s law.[6]